How Do You Revitalise Your Social Media Strategy? 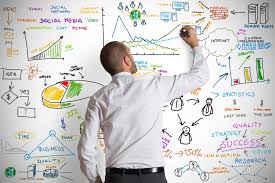 Lots of companies talk about social networking and strategy, but few do anything about it, and this is nowhere more true than at midsized companies, according to a couple of recent studies, said Erik Sherman on inc.com. The irony is that their CEOs increasingly are interested in integrating social into their strategies.

One survey shows that 45% of CEOs of companies with between 100 and 1,000 employees thought that they needed a more open environment and greater use of Facebook, Twitter, and other social platforms. That number is about double what it was last year.

And a joint study by MIT Sloan Management Review and Deloitte showed that in general, 52% of the 3,478 survey responses indicated that “social business is important or somewhat important to their business today.”

Interestingly, respondents in the next tier of companies – those with more than 1,000 employees and fewer than 100,000 – perceive less value from social networks than the smallest or largest.

But this hesitation to join the social networking revolution is not new. Oli Rhys, writing on the Business Technology Forum in 2010, said the reluctance was down to short-termism; only interested in being told how much profit a social presence can generate, he said.

Bryn Morgan agreed that a proven business case was a compelling reason for any business to go social. But what it also needs to be successful, he suggested, was an internal ‘champion’ someone inside the organisation with the knowledge and vision to driven the project through.

Have things changed in the past two years? Have businesses of all sizes finally got the social bug, and see Facebook, Twitter et al as the sales/ marketing/ communications channels they can be?

“Social media has long been a buzzphrase in SME circles, where many young entrepreneurs believe that a quirky idea with a good online presence will translate into a profitable business. However, social media is only a tool, and not all businesses are using it successfully to win new business,” said Sirena Bergman on The Guardian.

They should be: social media gives instant access to a vast audience. She added: “More than a billion people actively use Facebook each month. That’s a lot, but Twitter is growing as well, with 53% of users having been members for less than a year, compared to 19% of people on Facebook. Only a year after its launch, Google’s latest social networking venture, Google+, has attracted 400 million members. And don’t forget LinkedIn, which is becoming a one-stop-shop for online networking within specific industries.”

The customer reach makes having a social strategy compelling, but still not all small and mid-sized businesses are active. “Most business owners intuitively know that using these resources correctly is likely to be beneficial, but finding out how to make social media work for them is quite another story,” added Bergman. “In fact, if you type ‘social media small business’ into Google you’ll be bombarded with a plethora of contradictory advice. Even for businesses with an excellent social media presence, it can be difficult to work out how to translate ‘likes’ and followers into sales and revenue.”

So what can be done? What advice would you give mid-sized businesses who have dipped into social media but, with no immediate financial benefit, have let their tweeting and updating slip a little? How can you revitalise your online presence, how can you monitor its effectiveness and how can you gauge its return on in