The Uncertain Future Of NFC And The Mobile Wallet 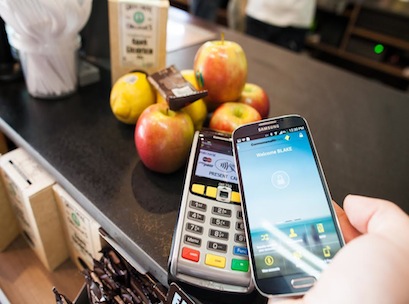 Mobile payments. NFC. RFID. Digital Wallets. We’ve been hearing about these buzzwords for years. Entire companies have thrown their weight behind various mobile payment systems on many occasions, including Google. Yet, despite the attention the space has got, mainstream adoption remains elusive. According to a Gartner forecast back in May, there will be 448 million mobile payment users transacting $617 billion worth of business by 2016. That could be the case, but there are some important questions that remain unanswered.

Lately, all the talk is about NFC – Near-Field Communication technology. It’s a chip in your phone or gadget that can allow for a secure data transfer if you tap your device onto another NFC-enabled receiver. There’s plenty of evidence that financial industry execs are ready, but what about everyone else? What is the benefit for retailers to join up? There’s also evidence to suggest that consumers are not averse to the idea of a mobile wallet, but few people are jumping onboard the options that currently exist. What is it going to take for NFC or some similar mobile payment technology to take off.

Surveys of consumers show that people are interested in tapping their phones or credit cards at points of sale in order to make purchases. Contactless card payments and contactless mobile payments are steadily rising in popularity, but people overwhelmingly see them as a convenient way to pay for low cost items. A Forrester survey in the US back in 2010 showed that 18% of respondents were interested in mobile payments. The same survey conducted in 2012 showed that 30% were interested.

In a study by M for Mobile UK, the vast majority of respondents thought the limit for mobile payments should be low. There was also a significant difference in the findings if contactless payments involved entering a PIN. Without a PIN, people were either not interested due to security concerns or thought the limit should be around £20.

You have to wonder what the benefit for consumers actually is. Contactless payment with a simple tap sounds convenient and could speed up queues to buy lunch or coffee in the morning, but if you have to toggle NFC on and off for security purposes, or stop to enter the PIN on your smartphone, then that boost in convenience is surely being lost. Our own security concerns may ruin the convenience NFC offers.

A white paper by M for Mobile discussing NFC and mobile payments found that, “For mobile network operators it is a question of reducing churn while banking brands can expect to see uplift through an increased volume of intermediary payments.”

The situation for retailers is a little more complex. On the one hand, “mobile payments is expected to deliver better cross and upselling.” On the other hand there is a relatively high cost for Point-of-Sale technology, if NFC is to be adopted. Retailers have to purchase and install cash registers that can handle NFC bumping and tapping instead of just credit card swiping. There is also a lack of demonstrable Return on Investment.

Have you ever been at a small retailer and seen a sign related to a minimum payment value for card payments? Retailers do that because credit card companies charge them a fee for every transaction. It may not be such a big issue for large retailers like McDonalds and Starbucks, but smaller retailers still aren’t completely on board with standard credit cards, let alone wireless forms of payment.

Some companies are betting big on NFC and seem convinced mobile payments are set to take off. As such, they all want to get in on the ground floor.

Brad Greene, Senior Business Leader for Visa said: “Consumers in developed countries are becoming increasingly comfortable with using mobile devices to manage their finances. Banks are launching mobile applications that enable their customers to view account information, including balances, perform account transfers and mobile-check deposits. Adding payments to mobile banking is no longer considered a big leap but the natural next step.”

The AT&T, Verizon, and T-Mobile backed ISIS digital wallet service recently began trials in a couple cities, as well. As you might expect, they are similarly confident about mobile payments based on NFC technology taking off. An ISIS spokesperson said: “Consumers are ready for a comprehensive and secure mobile commerce experience. We believe – and the ecosystem agrees – NFC is the best, most secure technology to modernize the payments process. Payment networks, card issuers, payment terminal manufacturers and mobile handset manufacturers have consolidated around and embraced NFC on a global scale.”

There’s one big problem gumming up the works for NFC and that’s the lack of NFC-enabled handsets on the market and in circulation right now. M for Mobile research suggests that the tipping point will come in 2015 when we can expect NFC handset penetration to reach 51%. Forrester is less confident, suggesting that most new smartphones will ship with NFC by 2013 and that over 25% of Americans will own one by 2016. That’s a big gap.

The new iPhone 5 was widely expected to support NFC, but even back in March of 2011, sources reported that Apple would not adopt NFC and they were right. Patently Apple just revealed that the company has been granted a patent for an alternative technology that could be used for mobile payments.

Apple revealed a new service called Passbook with the iPhone 5, which looks like a baby step toward mobile payments. It is focused on coupons, tickets, and membership cards, but we are seeing a lot of interest from big names like American Express. Passbook isn’t a digital wallet yet, but it has ambitions to grow into one. Consumer confidence in using a smartphone for tickets, loyalty or membership cards, and redeeming coupons is higher than it is for mobile payments. As confidence grows further through use, this could grow into an NFC alternative for mobile payments, and it’s not the only one.

Another potentially huge player in the mobile payment space remains unconvinced that mobile wallets are really the answer. In a recent blog post, Anuj Nayar, Senior Director of Global Communications for PayPal, argues that many of the new mobile payment solutions, like those powered by NFC, are not solving a problem for consumers. He says, “Putting your wallet in the cloud and making it smart enough to work out the best way to pay for you solves a real consumer problem that mobile wallets simply do not.”

He argues that mobile devices are just another way to access your digital wallet, “At PayPal we have had a digital wallet for 14 years, we are just updating it to let our customers shop wherever they want, not just online.”

As Carey Kolaja, Head of Solutions Management for the Americas, PayPal, argued: “NFC is a technology, not a strategy. It enables communication between two devices that are close to each other (hence the name). It is not the Holy Grail for mobile payments.”

One potential driver for Near-Field Communication technology is the fact that it has many potential uses beyond mobile payments. If consumers see the benefit of those uses, such as digital keys, tickets, and newspaper downloads, and companies realise their potential, then NFC could become a must-have feature. Once it is already present on a large number of handsets, it is obviously a viable solution for mobile payments as well, but that’s not the case right now and there’s clearly time for another solution to win out.

The mobile payments market is still in its infancy, but there are signs that NFC may not be the winning technology in five or 10 years time. There are already rumblings about Google Wallet not working out – that the demand from consumers has been lower than Google predicted.

Even big adopters like Visa won’t hesitate to jump from the NFC ship if a better opportunity presents itself.  “Visa continues to see NFC as the near-term opportunity to make mobile payments a reality for consumers in developed countries,” said Brad Greene from Visa. “But we are evaluating new and emerging technologies, including cloud-based technologies.”

Right now it looks as though mobile payments offer clear benefits for the companies offering solutions and for bigger retailers. What isn’t clear is the benefit for small retailers, and more importantly, the incentive for consumers. A mobile payment solution that is cheaper than NFC for retailers to adopt would be an attractive alternative. There isn’t much evidence that consumers care about the technology behind making mobile payments, so long as it’s secure.

It’s a muddy space at the moment, with service providers and technologies jockeying for position and there’s no clear leader in the pack yet. Years from now, we may all be paying for goods with our smartphones, tapping and bumping away at objects for sale, but that day isn’t here yet. And right now, despite major advances in Near-Field Communication and some high-profile product launches, the market for mobile payments seems as lost as ever. Until a hit service comes out, the mobile payment space is still on the move, and still for sale.