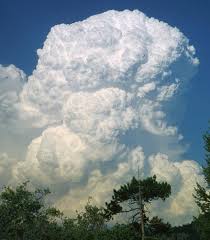 Conversations on The Biz Couch had begun with thoughts about the central issues involved in migrating from traditional infrastructures to Cloud environments. Topics such as revenue streams and shortage of certified skills were all raised, but data security was key for many participants.

“Can one actually get the data and application back out again?” asked Stephen O’Donnell. “Recent business failures in the Cloud storage space have made CIOs very wary of long-term, hard-to-back-out-of arrangements.”

“The security of data in a multi-tenanted environment is of great concern to many customers,” agreed Gary Waldron, “particularly with banking secrecy laws in play, you just will not find the larger European financial institutions considering Cloud based options if the data at rest is physically located in US data centres.”

The comment rang bells with Simon Ellis, who talked about how “the collapse of 2e2 in the UK has certainly made a dent in peoples’ confidence as they could not ‘access their own data’ – so it was secure in the sense that others could not get at it – unfortunately neither could they as they had to pay to get their own data back.”

Rex Wang shared the concern, saying “Most Cloud service providers realise that customers own their data and try to provide means for customers to retrieve their data. If they don’t, watch out! A lot of the security concerns for public Clouds boils down to control and visibility,” he noted. “Do I entrust a service provider to safeguard my data, have the right processes, physical security etcetera and do a better job than I can?”

For most organisations, “remote data centres are more secure & more reliable than in-house storage,” agreed Daniel Watts, “but the felling of arms-length control – particularly around data – is a hard one to overcome.” The biggest change required, he suggested, is one of mindset and culture.

“Visibility is fundamental to trust” according to Rex Wang. “There is a segment of users who don’t care and just want someone else do manage things for them. But another segment deeply cares about what is going on ‘behind the Cloud’.”

One of the key developments in Cloud technology is the move toward common standards. The ‘Internet of Things’ is starting to achieve this from a SaaS (Sensor as a Service) perspective, it was observed, while many agreed that those that ‘dominate’ the standards will be the winners in the next wave of integration and consolidation.”

“Standards are now emerging in the Cloud space,” reported Rex Wang, who agreed they are “critical if Cloud is to be broadly adopted. Standards will enable portability and interoperability,” he went on, “so users can move their workloads from one Cloud to another or on-premise. Also standards simplify integration, because one big challenge in Cloud is how different Clouds talk to each other and on-premise systems. Lastly, standards simplify and speed application development, since your developers can use familiar tools.”

Simon Ellis could see conflict on the horizon, suggesting “the Systems Integrators and the Managed Service Providers who are all starting to play in the Cloud ‘Services’ space will be large driver of standards convergence or divergence.” He expressed worries that “the latter is more likely to happen as people try to differentiate to bring people to leverage their significant investment. Common standards can quickly lead to commoditisation of the Cloud – lowering costs – which consumers will love but the PaaS and IaaS providers will not love.”

This prompted a discussion about whether a time would come when users move between Cloud suppliers in the same way they currently move between cellphone networks. “That is a certainly a goal,” noted Rex Wang, but “personally, I think people want to know they could move, but they may not actually move very often.”

Concern was expressed about some vendors attempt to ‘lock customers in’, but there was a warm welcome from Ken Grey and others to the disclosure from Rex Wang that “Oracle has been active in the standards bodies who are working on standards to enable workload portability and interoperability.”

He also pointed to other fundamental changes underway. “Early adoption of Cloud was by folks outside of IT, such as Sales looking for quick CRM implementation, or Development looking for quick access to Dev/Test IaaS,” he observed. “But increasingly, IT needs to mediate this, because it is such a strategic decision. IT will shift to a new role as not only a service provider, but also a service broker.”

The Cloud marketplace is evolving rapidly. The top benefit “for almost everyone is speed and agility,” according to Rex Wang, giving them the ability to get up and running quickly and respond immediately to changing loads. Others agreed that initial cost saving and financial flexibility are the key drivers for many startup and channel customers because Cloud is more cost effective than large capital expenditure.

But Bryn Morgan noted the importance of distinguishing between ‘Cloud as a commodity’ and ‘Cloud as a strategy’. “Are you looking to utilise Cloud technologies to deliver cost savings alone?” he asked. “Or does the Cloud offer further advantages to play to your overall business strategies (OpEx pricing, scale-up / scale-down, greater resiliency than you can afford on-premises, etc.)?”

Amidst all of this, the “elephant in the room” is the question of protectionist licensing from most major vendors, according to Simon Ellis. “Certain Cloud options can simplify licencing such as Oracle Cloud for those wanting to tie themselves into the Red Cloud,” he said. “Licensing is however a major issue for Cloud providers and for many vendors – they do not offer attractive licencing terms to clients or their migration options are often not transparent or simple – and this can be a major limitation to some larger clients migrating to Cloud as they have invested heavily to date.”

“Companies like Oracle definitely need to evolve and adjust our licensing models” Rex Wang responded. “We’re not there yet, but we are responsive to customers, and we are looking to evolve our policies to make Cloud easier to adopt.”